Canny is one of the better product feedback tools to offer feature voting, however, there are key differences that prompt businesses to choose Noora instead. Learn why Noora is one of the best alternatives to Canny.

Looking for the best alternative to Canny?

Noora has fixed priced plans starting from as little as $29. You are not charged per active user, so there is no need to waste time removing users to keep your costs low. Noora will always be cheaper than Canny.

Canny charges you per active user. This means for larger projects you can end up spending a lot of more than the already more expensive base $50 plan.

Noora works directly with each customer to ensure success with their feedback portal.

Only support the large companies

Unsurprisingly given their pricing model, you can forget Canny's team caring about you if you aren't one of their biggest customers.

What is the key benefit that Canny offers?

Canny lets you "capture, organize, and analyze feedback in one place to inform your product decisions". What this means more concretely, is that they let you collect product ideas and upvotes from your users on feedback boards and then promote some of those posts to a roadmap board. You can also publish a changelog so you can broadcast the latest new features to be released for your customers to use.

Canny is a very easy to use tool, with a really high degree of polish. However, this ease of use is at the cost of some key features that Noora does offer. For example, Canny does not let you customize the statuses on the public roadmap.

Which is the cheaper alternative to Canny?

Canny pricing starts at $50, but quickly climbs to a minimum of $200. However, you will ultimately be charged based on the number of active users your product has. This means, that you will need to spend time removing inactive users or risk paying each month simply to have months old posts from users still published on your boards. Noora opts for more transparent pricing, by simply charging you a fixed fee each month based on the package of features that you need to for your business needs. The table below shows the feature comparison between Noora's $59 plan and Canny's $200 plan. Why pay more for less?

Which is the best user feedback tool?

Canny lets you collect user feedback on feedback boards. User feedback is in the form of feature requests and bug reports. Feedback can either be collected publicly or on private boards, that are invite only. Once a user posts feedback, it is possible for other users to add comments or vote for the feature. As an admin, you can ask questions and gather more detailed requirements from the user that requests the feature. You can also set one of the fixed statuses to the post, so that it will show up on your public roadmap.

In comparison, Noora also supports collecting user feedback on feedback boards. In addition, with Noora, you can gather feedback and insights from other channels such as emails, support tickets and Slack conversations. These insights are not shown on your public boards, and can be any form of user feedback and not necessarily just feature requests. This makes Noora more versatile, in that it can be used to genuinely collect all feedback in a single place.

Which is the best public roadmap tool?

Canny lets you share a public roadmap in addition to collecting feedback from your users. Roadmaps in Canny are restricted to the fixed statuses that Canny supports. Currently there is an almost 3 year old feature request to add support for custom statuses that has gathered over 300 votes, and is one of the most popular requests amongst the Canny customer base.

In comparison, Noora lets you customize the statuses on your roadmap. You can, for example, more accurately reflect the columns you might have added to your existing Trello public roadmap. Otherwise, the visual appearance and functionality for roadmaps in Canny and Noora are almost identical.

Discover why companies around the globe love using Noora

"What we particularly love to see is when the users develop ideas amongst themselves, without any involvement from the team. It’s wonderful to see how different people’s minds work and which areas are most important or painful for them as they use our product. Noora has worked out brilliantly, on many different levels." 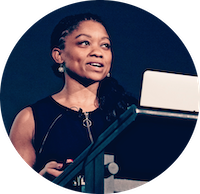 Nadia Odunayo
Founder and CEO at The StoryGraph
Read more

"We have come to depend more and more on Noora, as we explored its capabilities. For example, our public roadmap is now shared there, too. Support is always prompt and we feel lucky to have found Noora, as it gives our users a friendly way to get heard." 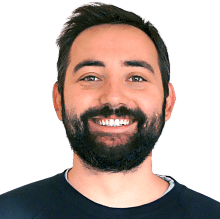 "We're a small team compared to our player base. With Noora it has definitely been a lot easier to prioritize feature requests and bugs after launching on Steam." 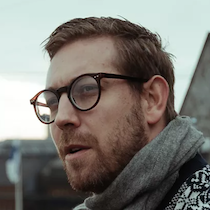 All the features you need to collect user feedback

Noora provides all of the tools you need to collect user feedback and bring your customers closer to your product roadmap and changelog.