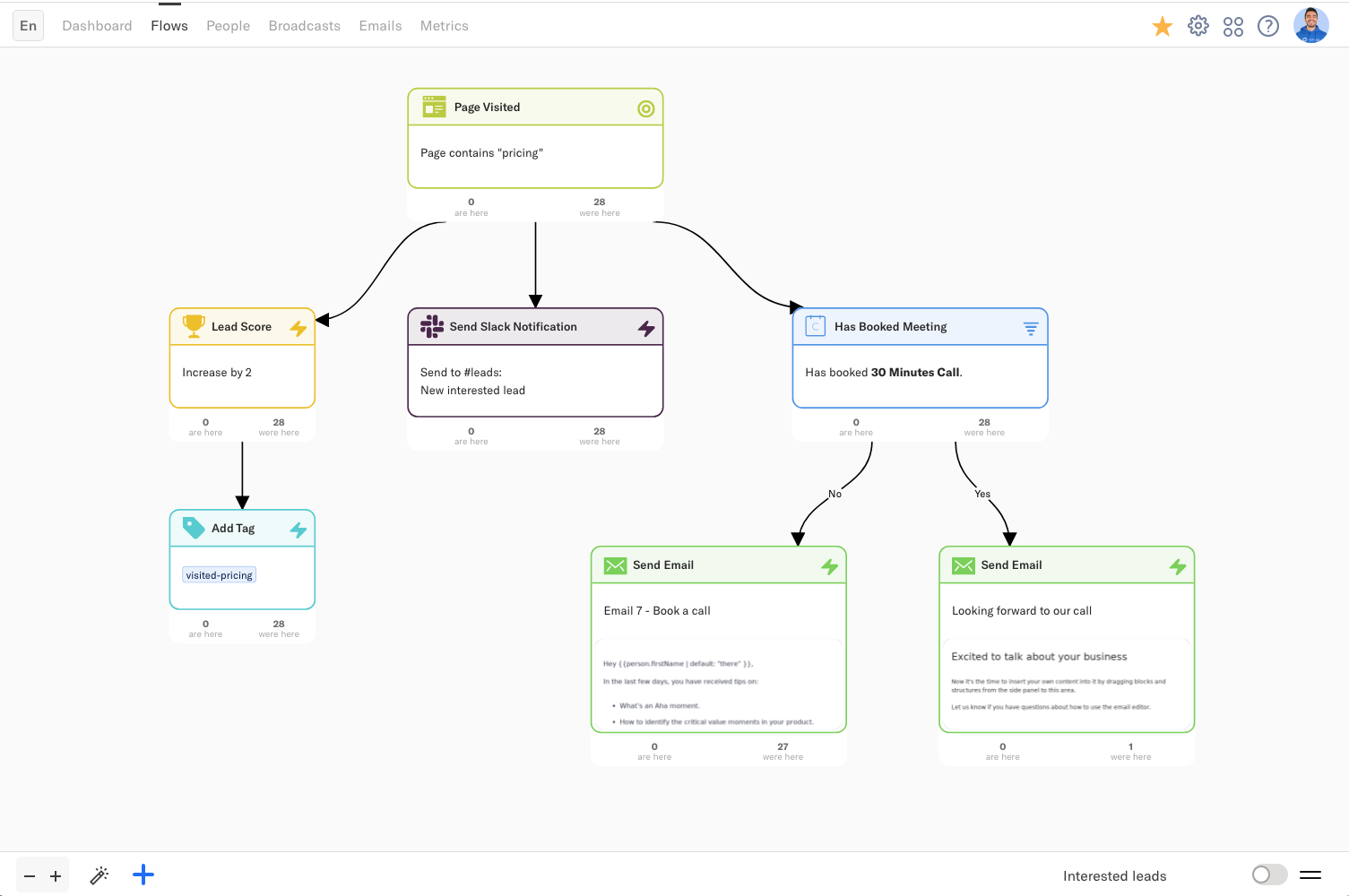 Slav Ivanov is one of the co-founders of Encharge, a marketing automation platform built specifically for startups and digital businesses.

The team at Encharge had already started using an open source feature voting and feedback tool that had recently decided to shutdown. This resulted in a search for a replacement tool that would be both more dependable but also solve a broader set of problems, such as:

"We were looking to collect and manage feedback to replace our current bare-bones solution. We wanted a fully featured tool that would allow us to slice and dice the feedback as needed, to make sense of it all."

Slav and the team at Encharge opted to use Noora to solve their product feedback challenges. Initially, they started out by only collecting feature requests and feedback from their users, before branching out to also share their product roadmap and finally embedding their changelog directly inside Encharge itself.

"We have come to depend more and more on Noora, as we explored its capabilities. For example, our public roadmap is now on Noora, too."

For the team at Encharge, the benefits of implementing Noora have been immediate. Their feature voting portal has helped support their marketing initiatives, coping with the large influx of feedback from new customers. Their customers have provided almost 400 product ideas, with the most popular suggestions gathering votes in the hundreds.

"Our users now have a great and friendly way to get heard."

As with many of our customers, they also found that they benefited from being open with feedback because their users were able to connect with each other and solve each others questions or provide workarounds.

"We have so much feedback now that we know what we'll be working on in the next year."

Encharge have also been pleased with the support and service provided by the team at Noora:

"We are confident in Noora's team and their attitude. Support is always prompt, so we feel lucky to have found Noora."

Encharge allows you to send emails based on what people do on your website and automate your marketing process across the user journey.