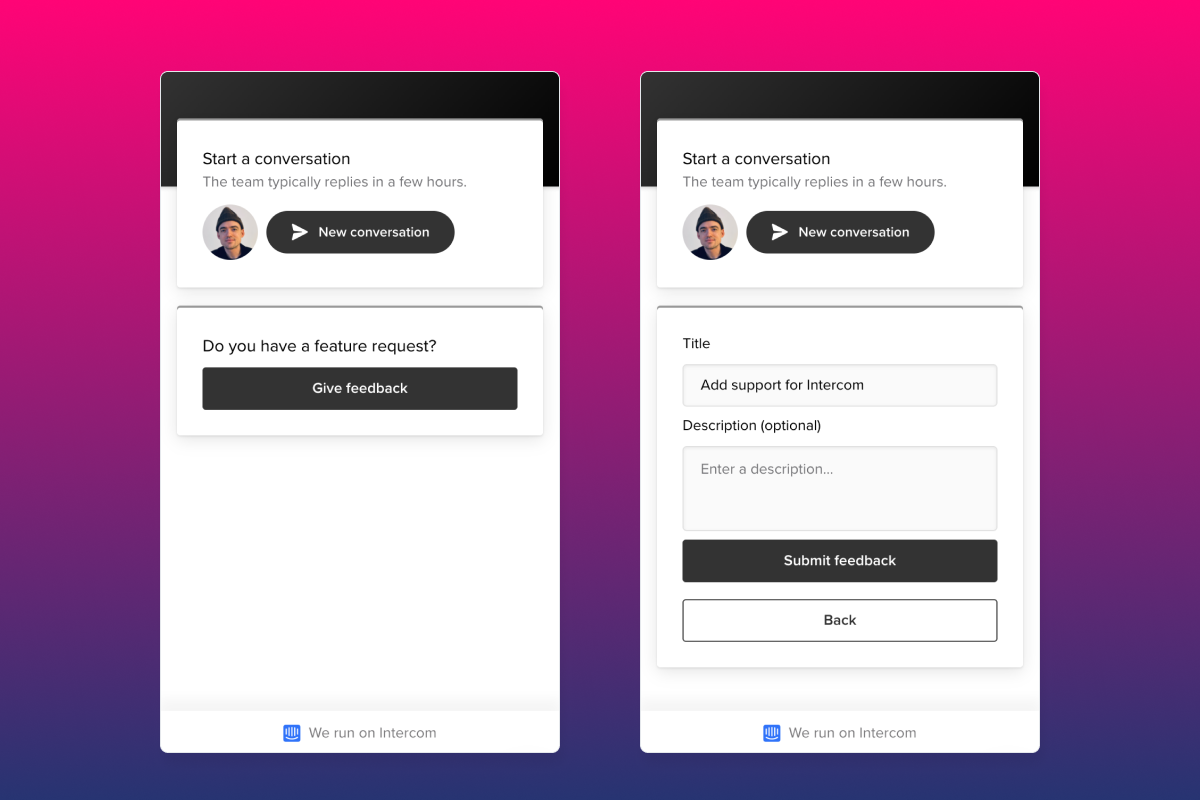 How to respond to feature requests in Intercom

The scenario is all too common. A new conversation has been started in Intercom by one of your users. They are asking whether or not you plan to add support for one of their ideas. How do you respond? Intercom has already written an extensive article on the right way to respond to feature requests. This article instead aims to highlight the best way to handle feature request from a workflow and tooling perspective.

Paulina, from Intercom, highlights that there are three types of feature requests:

In order to build a better workflow that helps close the customer feedback loop, it is a good idea to utilize a feature voting tool that can plug directly into Intercom Messenger. There are a few key benefits to doing this.

Avoid saying "no", and instead highlight workarounds and reasons publicly

Feature voting tools such as Noora allow you to set statuses on requests and add comments to explain your priorities. By keeping these responses public, you are able to again reduce the volume of repeated requests and also manage expectations amongst your users.

Automatically close the loop with users

Tagging conversations as feature requests in Intercom will most likely create a scenario where no-one follows up with the users who made the requests when more information is required, or if the feature makes it into the product. By using a tool such as Noora, you will be able to automatically notify users when the status of a request changes. This is a great way of rewarding and adding user delight by making your users feel a shared sense of ownership for the direction of the product.

How to get started with a feature voting tool

If you've read to here, hopefully you are convinced about the long term value you will gain by integrating a feature voting tool with Intercom. To get started, you can find the Noora app available in the Intercom marketplace.