There is a temptation to keep your product roadmap private and a closely guarded secret. The myth is that if you reveal what you are working you’ll simply give your competitors the chance to copy and overtake you. But this is an outdated concept. Forward leaning, user focused companies are reaping the benefits from being transparent with their product roadmaps and engaging their users by turning their product roadmaps into public roadmaps. A great example of a public roadmap being executed well, is that of Buffer.

Why should I have a public roadmap?

By allowing your users to vote and comment on your product roadmap, you are giving yourself another channel of communication to them. This can only help to focus your product development efforts and give you confidence that you are working on the right user stories.

What are the best examples of public roadmaps?

Buffer uses Trello to share their public roadmap. Here's a few key areas where we think they do a really great job:

A screenshot of the Buffer public roadmap in February 2021

Monzo is very active with their community and chooses to collect user feedback and share what they've released using Discourse on a community forum.

When choosing a public roadmap tool, you should be looking for something that doesn’t require a great deal of maintenance or effort. There is nothing more damaging than an out of date product roadmap. Ideally, it should also offer two key features:

You want to choose a tool that offers feature voting to your users so that you can gather feedback from your user base on your future product direction. Users shouldn’t decide the future of your product, but having your finger on the pulse of what your user base thinks is a good way of reducing churn and increasing engagement. Their input is another layer on top of your own insights and (hopefully) analytics from tools like Mixpanel and Amplitude.

Automated notifications are a powerful feature that ensures that you close the feedback loop with your users. It is extremely beneficial to keep your users updated when something they have requested makes it into the end product. This can either help reduce churn (users cancelling your service) or increase re-activation (churned users returning). By using a dedicated public roadmap tool, you will not need to manually hunt down users who have requested features. As soon as you mark the status of the feature request as “Shipped”, you can be sure that everyone who has voted for it will receive a notification.

Public roadmap tools you can choose from

Trello is a free kanban board tool that can also be used to share your product roadmap. Of course, with it being free it comes with a few downsides - your users will need to create a Trello account in order to vote on cards that you have placed on your Trello board. You'll also probably need to compromise and add a "Suggestions" card where users can add comments with their own feature ideas. This is a messy and unsatisfactory way to gather feedback from your users.

We're not convinced that Trello is the best option - since it does not allow for users to easily vote on ideas from each other. However, to help you if you do decide to adopt Trello for your public roadmap, here's an article from the team at Trello about how to set-up a public roadmap with them.

Canny is a popular feature upvoting tool from former Facebook employees. They offer very similar features to Noora, but at a much greater cost. You will be charged depending on the number of active users your board has, rather than a simple fixed fee as with Noora. Unlike Noora, it is not possible to customize the stages that your public roadmap has.

Noora is dedicated product feedback management tool for SaaS companies. It has been designed from the ground up to ensure that you can cleanly communicate your product roadmap and gather important feedback and insights from your users. As an added bonus, your users also do not need to create a specific account to add feedback, as Noora allows you to integrate your existing user accounts seamlessly or allow anonymous feedback. You can learn more about how Noora supports public roadmaps here.

Noora is a dedicated public roadmap and feedback management tool

How to set up a public roadmap

Step 1. Decide on the structure for your roadmap

Your roadmap should clearly demonstrate the flow of features that will make it into your product in the short, medium and long term. In order to do this, you need to settle on a structure for the statuses of your roadmap. Some examples are:

Step 2. Define the ideas that you are working on

The second stage to sharing your public roadmap is to define the ideas that you are working on. As this roadmap will be shared with your users and customers, this is a great opportunity to write the description of the features with the voice of your product marketing teams. For example, you could write A new way to nurture your community on Instagram instead of simply, Instagram integration.

The final stage is to share the roadmap you've built both internally and externally. You could post a link to your team's Slack channel as well as sharing a link to the roadmap in the footer of your website, and asking for feedback publicly on Twitter and Facebook. Since you have hopefully chosen a roadmap tool that lets you gather feedback from your users and customers, you'll soon be able to see if your future plans resonate with your users.

Now we've covered a lot of ground in terms of how to choose, set-up and manage your public roadmap. We'll leave you with a final few thoughts on what to prioritize when choosing the right tool for the job:

Ready to get started with turning your product roadmap into a public roadmap? Noora is a feature voting and public roadmap tool that ticks all the boxes for essential features that we’ve covered in this article. You can get started for free for 14 days today! 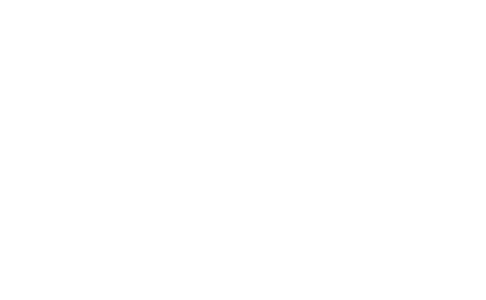